With a few days off for Carnaval last week, I took a spontaneous solo trip to Chile.  The closest destination from La Paz is Arica, Chile`s most northern coastal city, which lies only 18km south of the Peruvian border.  With a major commercial port, Arica manages a large amount of Bolivia`s trade, as was the case for the container of fair trade coffee that left for Canada last month.

Relations between Bolivia and Chile are strained due to a long-standing dispute over Bolivia`s loss of access to the ocean.  (More to follow on that, once I witness the `Day of the Sea` next month).  The hostility between the two countries has been apparent in conversations I`ve had with both Bolivians and Chileans.  Indeed, Bolivia`s lack of access to the sea features on a list of taboo topics of conversation – along with coca production and politics – that are apparently best avoided in the workplace.

On the whole, I found Chileans exceptionally friendly and open.  Chileans speak far more quickly than Bolivians and with a different accent so I floundered to keep up at first.  In Arica, I stopped to ask three city workers for directions and ended up chatting with them for well over an hour as they gave me their take on the Chilean/Bolivian feud, poked fun at my accent and questioned my decision to spend seven months in Bolivia rather than Chile.

A local woman runs a Santuario del Picaflor (hummingbird sanctuary) just outside of Arica, having created a haven for the birds with exotic flowers and plants in her enormous, beautiful garden.  It was already dusk by the time I found out about it but I hurried there anyway (I have an even bigger affinity for hummingbirds than bats) and though most were sleeping, I came across one very sweet bird nesting in an olive tree. 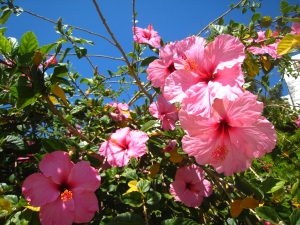 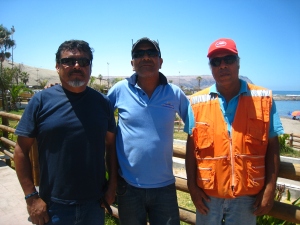 Hummingbird in an olive tree

My stay in Arica was fleeting, since I was eager to reach Iquique – a 5 hour winding, desert bus ride away, further down the coast.  Back in 1907, Iquique was home to a massacre of hundreds of striking nitrate miners and their families, committed by the Chilean army.  Nowadays, Iquique is a vibrant city and a popular holiday destination for Chileans, travellers and particularly surfers.

Iquique was a welcome break from congested, chaotic La Paz and I was in seafood heaven, indulging in fresh fish and crab empañadas.  I also sampled my very first pisco sour (yes, it`s possible I`ve been living under a cocktail rock) – definitely not my last.  I felt considerably safer as a lone traveller in Chile and it was refreshing to be able to eat street food freely (unfortunately not advisable in La Paz) and to rediscover the joys of traffic lights.  After only a few hours, I resolved to try and extend my holiday and ended up spending the rest of the week there.

Huge sand dunes rise up abruptly behind the city and the desert climate is hot and sunny even during the winter months.  The city centre – with its beautiful, brightly-coloured, often crumbling buildings – is a fairly peaceful place, since the nearby sprawling `Zofri` (duty-free shopping zone) keeps most of Iquique`s commerce outside of the centre.  A bustling hive of activity, the port is home to fishermen, pelicans and sea lions that loll and grunt on the docks, piling on top of each other like giant, whiskered slugs.

The beaches are lovely and I spent a couple of blissful afternoons being tossed around in colossal ocean waves that come crashing down only metres from the shore.  Merchants offer ceviche, fresh fruit and ice cream, clamouring to be heard as they haul their coolers across the sand.  Some go to wild lengths to be noticed and the result is hilarious.  Each has his or her own distinctive cry and they compete loudly like crazed birds experimenting with mating calls, making for an entertaining spectacle.

All in all, I had an idyllic stay in Chile and was so glad I made the trip (despite the tedious 18 hour bus ride home).  Stay tuned for a full report of Carnival festivities, which preceded my Chilean getaway! 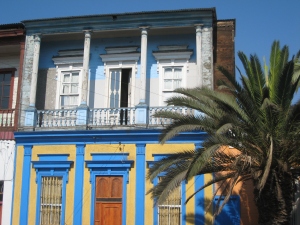 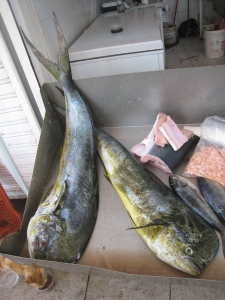 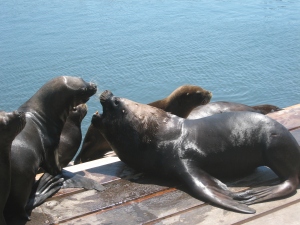 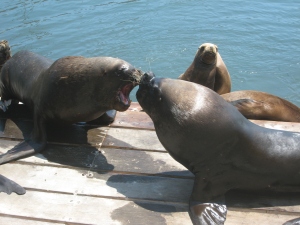 Sand dunes rising up in the distance 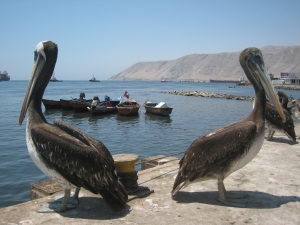